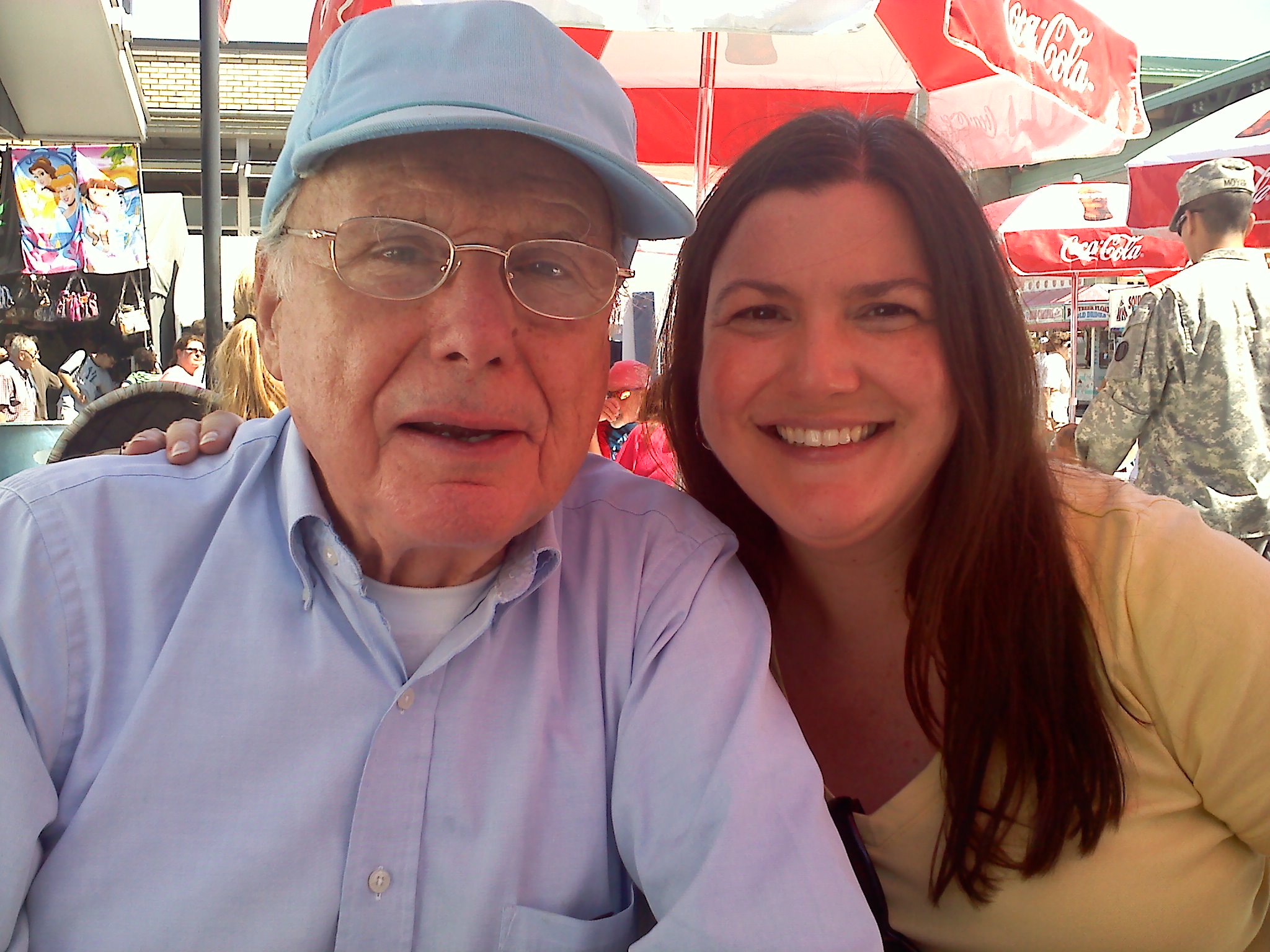 This photo was taken eight and a half years ago when my dad was nearly 83 – a time when he was at peak mental and physical health with plentiful opportunity to enjoy his family, his garden, and the spiritual study and faith that gave him lifelong meaning and purpose.

A little over two years ago he had major surgery for a blocked carotid artery. Though the surgery was initially successful, it wasn’t long after it that we began noticing a significant change in his cognitive abilities. About a year ago things took an even more drastic turn into severe dementia. He now requires round-the-clock care – something I and two of my sisters have been providing for him in his home, mostly on our own.

It has not been easy, to say the least. All of us caring for Dad have had our lives and hearts turned upside down and broken. For me it’s meant taking a year-long leave of absence from work.

Yet a bright spot for me throughout this ordeal has been my ability to continue writing and to create this website with the expert help of author and website guru Deleyna Marr at Dynamic Designs. I held off unveiling the site until this past January with the idea that I’d immediately begin posting regularly on topics that excite and inspire my creativity.

No sooner did I unveil it and publish my first post then Life happened – new medical challenges with Dad including care-schedule mishaps and doctor appointments. I started writing a few new posts but was continually interrupted, or I’d just run out of focus and steam. Should I have waited on this whole website thing until my life is more predictable? Until my heart is less broken? Until some unknown date in the future when I have more time?

If I’ve learned anything in life it’s that the future almost never brings more time – that if I put something off for that unlikely eventuality it’ll never happen. I believe it’s better to do a desired thing imperfectly than to not do it at all, and that practicing creativity means I can bring all of my life into it, no matter how messy, irregular, or sad it might be.

So, I’ve decided to add a category for some current and future blog posts – “Life Updates.” They’ll be the posts I write when everyday demands are too big to see around, when they’re the most pressing things in my heart and mind. It’ll be another way to honor my dad, whose care I’ve taken on willingly but who’d never have wanted me or my siblings to sacrifice our endeavors and dreams.